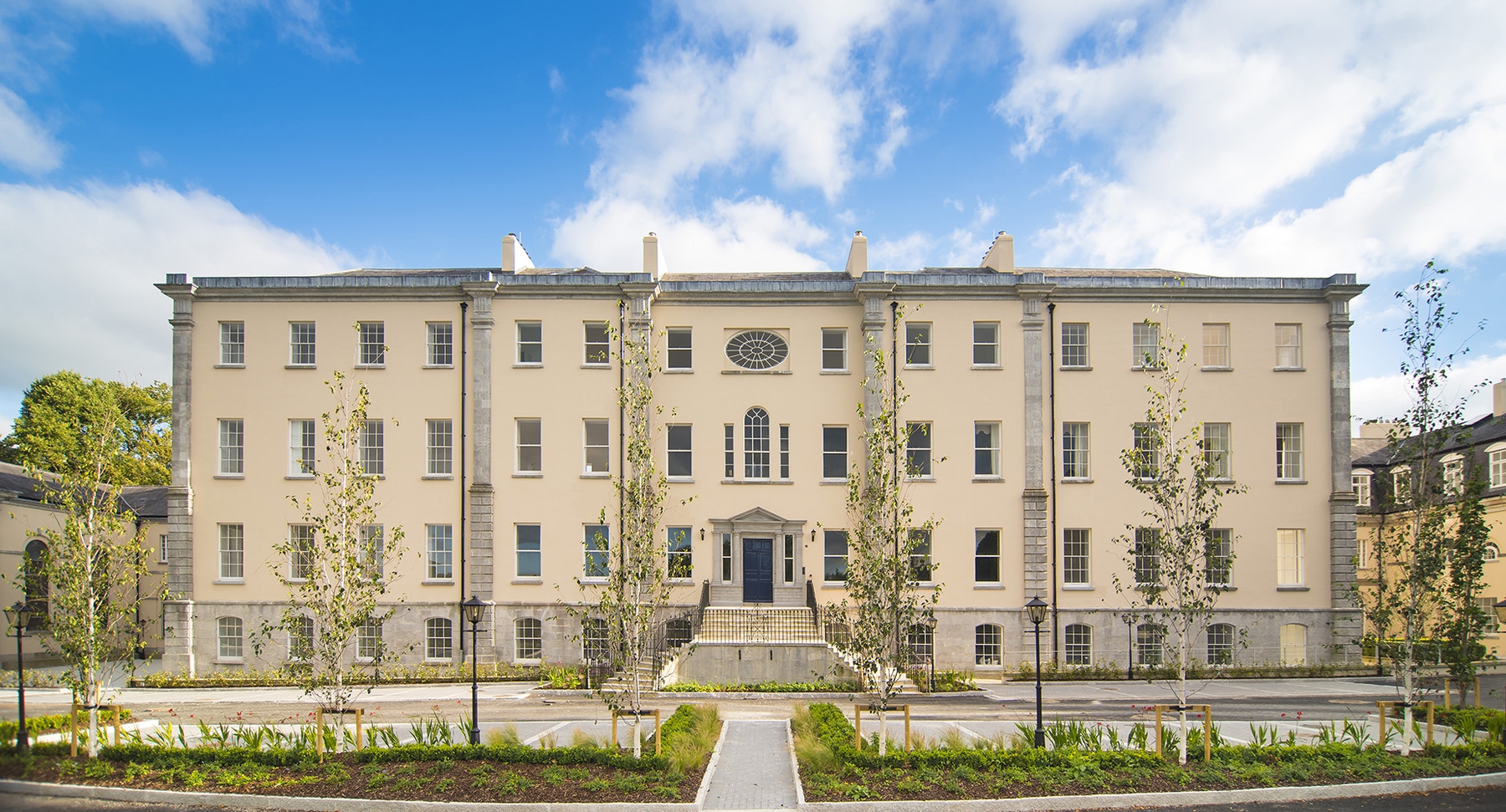 “The man who got to put the finishing touches to the immaculately conceived plans for the conservation and conversion of the 35,000 sq ft convent structure is Dublin developer Michael Roden, of Merrion Property Services, who acquired it in a largely completed state only about two years ago.

He pays tribute to the original architects O’Mahony Pike who drew up the master plan for the convent and grounds in the early 2000s, designing the Eden development which was to have 550 units in all, as well delivering a wholly different and deferential product for the old convent itself.

Looking back on old newspaper files and plans for what’s now-titled Blackrock House is salutary, as to just how rigorous the initial vision for it has been, and how diligently it has been delivered, from first building and land sale to final completion of the convent element, over a rocky decade-plus.”